Am I Typing Too Slow? The Challenges of Typing on the Smartphone

An average person spends approximately nine years out of their entire life glued to their smartphones. That's close to 79,000 hours of actively using a pocket-sized device. It brings into perspective the time that we invest in other activities that revolve around our phones. If you were to think about the time you spend typing on your smartphone – whether it's responding to work emails, chatting with your friends, or browsing away on the internet - those activities would be a considerable fraction of the total usage. While smartphones have revolutionized the modern way of life in terms of mobility and connectivity, some of their aspects still leave us wishing for more, as is the case with virtual QWERTY keyboards that somewhat mimic physical keyboards in their layout. If you are a smartphone user, chances are you most likely use or are acquainted with the default virtual keyboards integrated within it. As a force of habit, we have grown comfortable with these keypads despite their limited efficiency and numerous shortcomings. While virtual keyboards provide basic functionality and fulfill their primary purpose of serving as a text input method, they might not be the best choice for you.

Optimal Typing Experience and Why it Matters

Typing is one of the most integral activities that we perform on a daily basis. Regardless of whether you use your phone casually or are a compulsive texter, the keyboard is one of the most important features of your phone. But when it comes to convenience, typing on touchscreen devices is far behind in the race compared to the typing experience achievable through traditional keyboards. Researchers from ETH Zurich, Aalto University of Helsinki, and the University of Cambridge conducted studies that found the average typing speed on a smartphone is 38 words per minute (wpm) compared to 52 wpm on physical keyboards. Moreover, virtual keyboards often provide little to no feedback in the form of vibrations or sounds and are prone to errors due to the compact positioning of the keys. The ergonomic fallbacks of smartphone use are no surprises either. Despite being widely used, the virtual smartphone keyboards are limited in the usability and typing experience they offer and fail to cater to all users.

Typing has evolved from solely being a data input method. We live in a world where we would much rather exchange 100 messages than calling someone, and typing lies at the center of such communication. In an age of increasing smartphone usage, reduced physical contact, and everchanging user behaviors, typing has become the vehicle through which we communicate. It is multifaceted and comprises several factors that come together to result in truly seamless interactions. To fully understand the insufficiencies of virtual keyboards, it is important to recognize different aspects of typing that determine the overall experience. Some of the factors that you should consider are typing speed, the magnitude of errors, and the effort required to correct them.

Imagine if you were to suddenly start speaking at less than half your usual speaking speed. It would not only consume exorbitant amounts of your time but also frustrate those speaking to you. Such a scenario is unimaginable for most of us, yet we unknowingly do the same while using our smartphones every day. An average person can speak 3 times faster than they can type, the reason why typing speed has always been one of the governing factors in the design and development of keyboards. The placement and size of keys on a keypad considerably affect how fast or slow we type. For instance, most keyboard layouts consist of the space key somewhere at the center as it is one of the most used keys. This allows easy access regardless of whether you’re using one or both of your hands to type. There has also been a longstanding debate about keyboard layouts and their efficiency. While QWERTY keyboards seem to be the standard and are the default for most virtual keyboards, many users prefer other layouts such as Dvorak and Colemak for faster typing speed. It was found that Dvorak users were nearly 74% faster than their QWERTY counterparts, with a 68% increase in accuracy as well. Smartphone users enjoy the option of installing third-party keyboards. Some of these have alternative or customizable layouts in order to allow speedier typing. 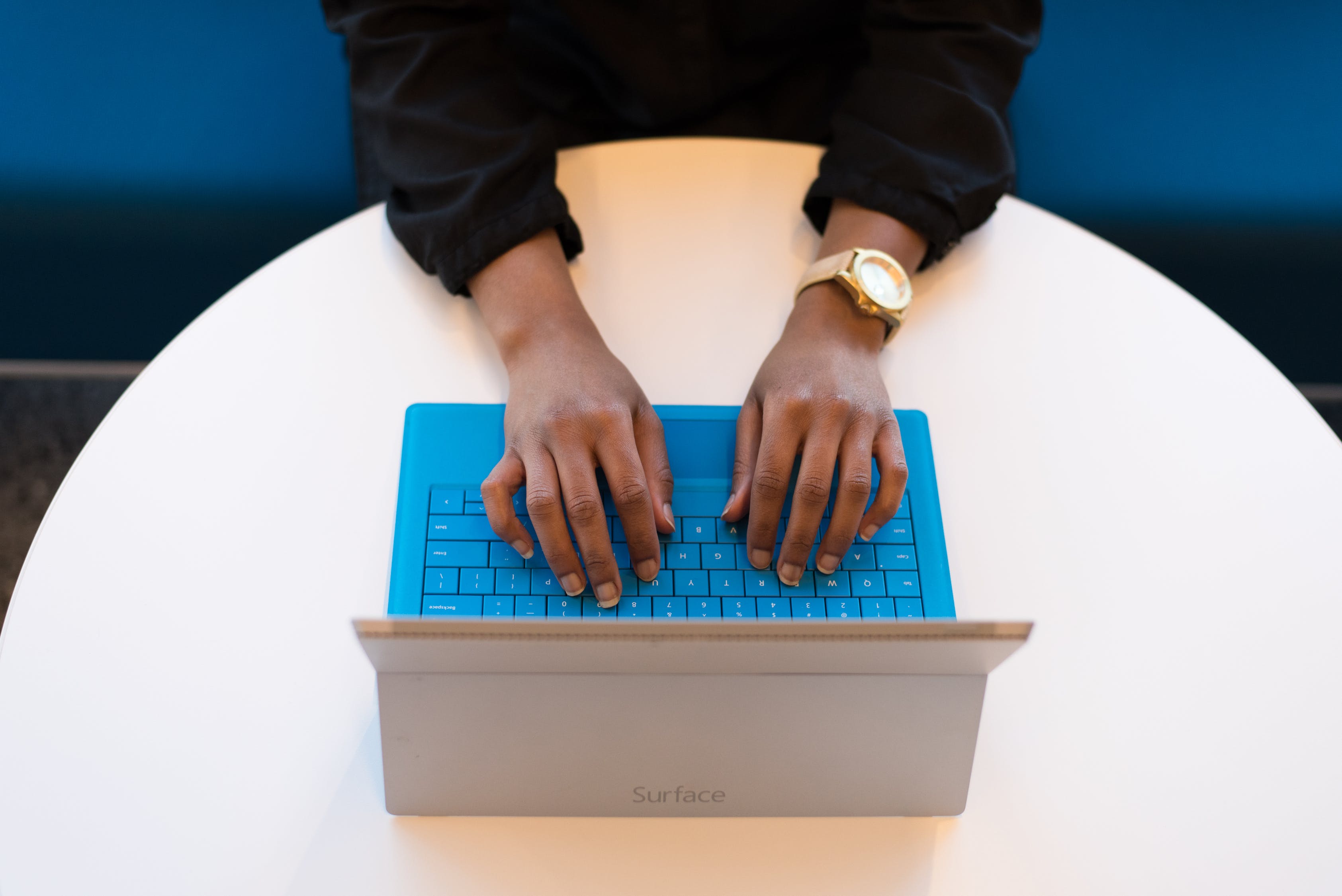 In addition to this, users can generally use only two fingers while typing on their phone compared to 10 fingers on a physical keyboard. This causes a significant difference in the resultant typing speeds. The average typing speed while typing using 2 fingers is between 27-37 wpm – considerably slower than 40-60 wpm when a person uses all 10 fingers. So, if you were to write 10 emails consisting of 200 words each on your smartphone at 27 wpm (without considering the time elapsed between writing and sending each email), it would take you around an hour and 15 minutes. Alternatively, if you were to type them on a physical keyboard at 40 wpm, it would only take you 50 minutes, saving nearly half an hour of your time! The ability to type faster has a significant bearing on our lives – not only does it enable uninterrupted interactions, but it also has the potential to save hours. And since time is money, the last thing you want is a keyboard that slows you down.

Typing, like any other human activity, is susceptible to errors. Typographical errors, commonly known as typos, are unintentional mistakes that occur while typing. A 2018 research found that users make 5 times more typing errors when typing on a smartphone than when typing on a desktop keyboard, with nearly 43 typos for every 100 words. Such errors are often a result of tiny keys, keys placed too close together, and newly/oddly placed keys (in case of new layouts) that contradict our muscle memory. The default virtual keyboards available on smartphones have a QWERTY layout, and all keys are considerably smaller in size in order to fit within the compact space of the screen. As a consequence, many keys are hybridized to fulfill multiple functions. These minor changes inevitably cause errors while typing, demanding the use of autocorrect functions. Most virtual keyboards use the phone’s built-in autocorrect software functionality but allow users to turn it off based on preference. However, autocorrect isn’t always 100% accurate, neither does it have the ability to catch every mistake, leaving room for a high number of typos and even more memes about autocorrect-fails that have surfaced over the years. For instance, most proper nouns are often autocorrected, requiring manual correction.

Typing errors are, in fact, one of the most cited issues by smartphone users. In the same study mentioned in the previous section, it was found that 1 out of every five words was misspelled. While this allowed for less backspacing, it translated to text that was dense with errors. In order to address this, more and more alternative keyboards have become available in recent years, such as the Typewise keyboard, which is specifically designed to reduce typos by almost four times. Such alternative keyboards might be the first in many steps in altering and optimizing the layout of virtual keyboards to maximize user experience.

Wondering what that means? We are too.

That is why editing your text is extremely important. However, we have become overly dependent on autocorrect to catch each of our mistakes to the extent that we have stopped manually editing our text inputs. This was true for participants in the abovementioned study as well, where most participants left their typos uncorrected – a phenomenon that is common in real life, where we trust autocorrect to fix our mistakes and rarely ever stop to edit our texts. The primary reason for this is the effort and time required to correct typographical errors. Correcting typos hampers typing speed as well as the typing experience – the reason why more and more people have become over-reliant on autocorrecting software. For those of us who have to go back to traditional keyboards once in a while, the absence of an auto-correct assistant is a rude awakening. The results are a hoard of texts riddled with typing errors. 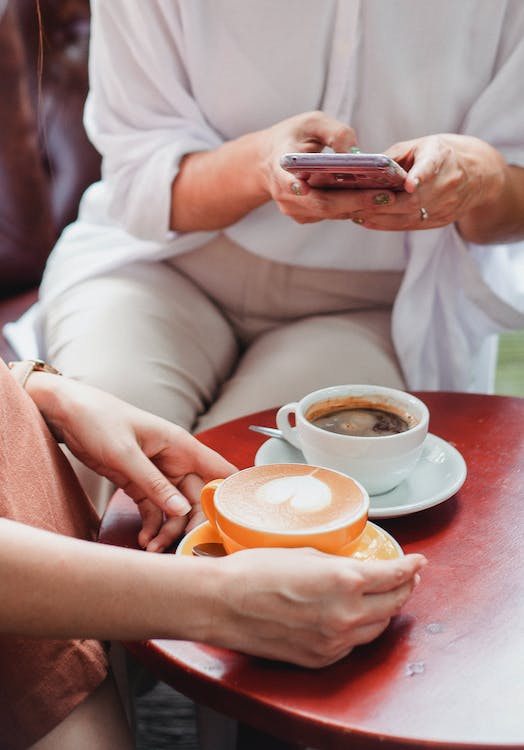 Text editing is also tedious and time-consuming because it requires users to constantly shift focus from the part of the screen that harbors the keyboard to the one that displays the input. Moreover, editing can be particularly challenging for people with disabilities as users need to be able to navigate within the inputted text to be able to correct it.

Let’s be honest virtual keyboards aren’t the worst but having said that, they are miles away from being perfect. Even though keyboards within our phones are designed to provide basic features and functionality that allow for data input, they are not well-rounded and do not cater to all audiences.

On the one hand, typing on smartphones is highly convenient in scenarios when communication is required on the go. However, virtual keyboards have their own set of ergonomic issues, which might be different from traditional keyboards, but are just as crucial. It is no secret that extensive and pro-longed smartphone usage can result in neck, shoulder, elbow, and grip issues. Additionally, typing on smartphones poses its own problems, too – users often tend to push harder on the screen than is necessary while pressing virtual keys, which could cause physical problems over time.

While virtual keyboards are a default input method for most smartphones, it is limited in its accessibility. Such keyboards are extremely difficult to use for people with blindness, visual impairment, motor injuries, or other disabilities. Due to insufficient feedback options, screen typing is nearly impossible for such an audience without the aid of additional assistive technologies such as voice recognition or eye-tracking software.

As suggested already, touchscreen typing requires considerable accuracy to avoid mistakes that are inevitable due to the compressed nature of virtual keyboards. Users need to be precise with their typing for their text input to be free of errors. This degree of precision is easier expected than possible for an audience consisting of the elderly. Such an audience is more likely to suffer from motor and sight deficiencies, making typing on virtual keypads exceptionally hard for them.

While this might sound off-putting in the least, all hope is not lost. There are ways and means for you to improve your typing experience. If you’ve taken a liking to the little virtual keys but would still like to enhance your typing speed, skills, and experience, here are a few hacks for you: 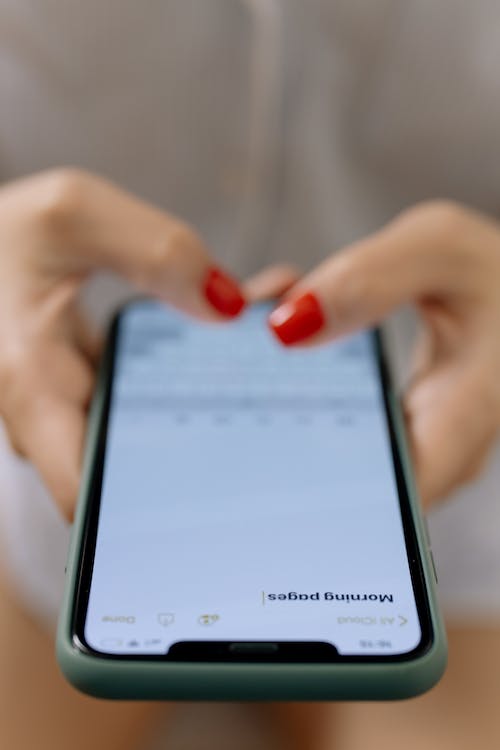 However, if you want to take a little break from standard typing or are eager to find out what else is out there, you’ll be surprised to learn that there are many more ways you can type on your smartphone like gesture typing and voice dictation, among others. Using different forms of input methods might help you type faster, make fewer mistakes, and save time. Don’t let your phone’s virtual keyboards hold you back from texting away to your heart’s content.

If you want to know how to improve your typing speed, check out our blog!

Have questions that are still left unanswered? You can always contact us at support@iamhable.com.